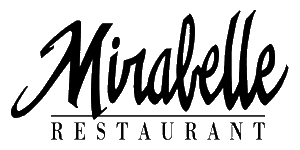 SHORT NOTICE OF ANOTHER GREAT WINE TASTING!!!!!
Aging Wines w/ Michael Vilim. Sat., Feb 19, 6:30pm. $25 per person (inclusive)
Reservations: 628 0288
StrEAT apologizes for the short notice for this tasting. That pesky lover’s holiday, Valentine’s Day, took up all our creative time over the weekend. However, Michael has been keen on doing a tasting on aging wines, as the most glorious expression of wine is that elusive moment that a particular bottle reaches its peak. Aging wine is the most reliable and economical way of obtaining wines that are balanced and complete in their flavor profile and ready to drink. Come learn about what helps wine improve with time and how to “diagnose” those conditions, whether it’s a few weeks or 10 years. Also, enjoy a beautiful 2000 Robert Mondavi Reserve Cabernet Sauvignon from Michael’s cellar.


21-Mon-Tour of Italy Wine Dinner Laura dePasquale M.S. @ Mirabelle
7:00pm $55 346-7900
Laura DePasquale, MS, is Vice President, Fine Wine Development at Palm Bay International, one of the country’s leading importers of wines from around the world. In 2004, she passed the rigorous series of exams joining an elite group of only 168 Master Sommeliers worldwide, and just the 13th woman. In 2009, she was elected to the Board of Directors of the Court of the Master Sommeliers. Laura and Palm Bay bring an extraordinary set of Italian producers to the U.S., and Michael and Patrick have chosen their favorites. Please join us. As we have just come out of the crazy Valentine weekend, Palm Bay and Mirabelle have partnered together to offer the special price of $55 for the dinner, inclusive of tip and tax.