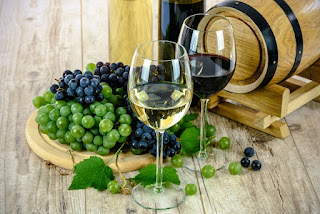 The sommelier at olive & june, the popular Southern Italian-style restaurant in Central Austin, has earned the most prestigious wine honor in the Southern United States. Nathan Fausti has been named the 2015 TEXSOM Best Sommelier, beating out a strong field of 22 other competitors from five states. The coveted distinction is one in a list of several wine-related honors recently received by sommeliers in the employ of restaurant icon Chef Shawn Cirkiel.

The 2015 TEXSOM Best Sommelier Competition took place in early August, during TEXSOM, the most prominent and influential wine-education conference in the United States. Fausti competed in a meticulous and uncompromising three-part wine exam that included service, blind tasting and wine theory elements, and was judged by an elite panel of Master Sommeliers and Masters of Wine. Previously only open to Texas-based sommeliers, the TEXSOM Best Sommelier Competition upped the ante this year, allowing sommeliers from Texas, Arkansas, Louisiana, Oklahoma and New Mexico to enter, providing a much larger talent pool against which Fausti had to compete.

“This year, we opened the competition to sommeliers from adjoining states,” says TEXSOM co-founder and Master Sommelier James Tidwell. “Increasingly, the influence of TEXSOM reaches well beyond the borders of Texas, so we felt it was time to include a potentially larger group to participate. We offer hearty congratulations to Nathan for winning the competition this year, and look forward to next year’s competition.”

As the winner of the 2015 TEXSOM Best Sommelier Competition, Fausti — who has long worked as the sommelier at olive & june and is transitioning to the sommelier position at Bullfight, Chef Cirkiel’s new tapas-style restaurant — received a $2,500 scholarship from the Guild of Sommeliers Education Foundation, which he can apply to the Court of Master Sommeliers certification program.

Fausti is not the only sommelier in Chef Cirkiel’s parkside projects restaurant empire to gain such notoriety. Last year, Joelle Cousins, previously assistant general manager and sommelier at Cirkiel’s acclaimed Sixth Street gastro pub parkside, won the TEXSOM Best Sommelier Competition. Additionally, Paul Ozbirn, the beverage director for all parkside projects restaurants in Austin, was recently designated an Advanced Sommelier after completing and excelling at the Advanced Sommelier exam through the Court of Master Sommeliers, the lauded nonprofit organization that co-presents the TEXSOM Best Sommelier Competition. A rare designation, Ozbirn’s Advanced Sommelier distinction is one only a handful of Austin wine experts hold.

These wine-related accolades and distinctions further elevate Chef Cirkiel’s parkside projects restaurants as destinations for not only incomparable award-winning cuisine, but also for unrivaled, first-rate wine and beverage programs helmed by the most knowledgeable and acclaimed sommeliers.